Responding to waves of criticism, Federal Communications Commission Chairman Tom Wheeler is revising his net neutrality rule proposals to include a ban on certain types of “fast lanes” for content companies that are willing to pay Internet service providers for the upgrade.

The revision, which seeks comments from the agency’s other commissioners, will be circulated today as they get ready to vote Thursday on the proposals.

On Jan. 15, a federal appeals court threw out the FCC’s net neutrality rules — also called Open Internet — removing any legal barriers that would stop Internet service providers from interfering with or discriminating against any data sent through their pipes.

Last month, Wheeler presented a new draft of the revised rules. But they also included provisions that would allow fast lanes to consumers’ homes that content providers can purchase as long as the same opportunities are available to others on “commercially reasonable” terms.

Wheeler’s latest revision doesn’t entirely ban Internet fast lanes, leaving room for some public-interest cases like a healthcare company sending electrocardiography results. But unlike his initial proposal last month, Wheeler wants to specifically ban certain types of fast-lanes, including prioritization given by ISPs to their subsidiaries that make and stream content.

Wheeler is also open to applying some “common carrier” rules that regulate telephone companies, which would result in more stringent oversight of the ISPs in commercial transactions. 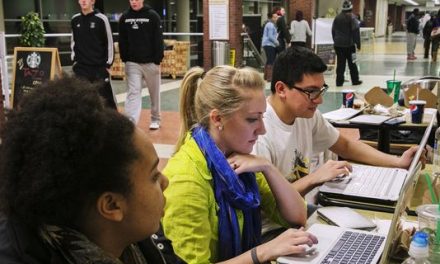 Thousands expected to ‘unplug’ for a day

Robo Madness: The A.I. Explosion, in Pictures and Takeaways