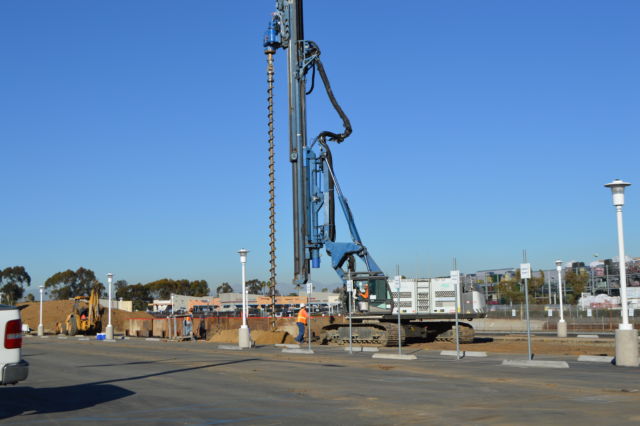 HAWTHORNE, Calif.—On a hot, Southern California Sunday, 27 teams gathered to show off their model Hyperloop pods. But only three won a chance to load their pods into a low-pressure environment created in a 0.75 mile (1.25 km) Hyperloop test tube built by SpaceX next to the company’s headquarters. Those teams—from Massachusetts Institute of Technology, WARR (a student group within Munich Technical University), and Delft University of Technology—were determined to have some of the most sophisticated pods, capable of levitation, braking, and running on their own power.

Tesla and SpaceX CEO Elon Musk popularized the idea of the Hyperloop—a theoretical pod system that runs in low-pressure tubes, hovering along a track using magnetic skis to minimize friction. As Musk imagined it in 2013[1], the system would send pods up to 760 mph. But the CEO decided that he didn’t want to work on the project himself, so he made his ideas available to anyone interested in running with it. That spawned several[2] startups[3] as well as this competition for students and other private research teams.

SpaceX built the three-quarters-mile test track on the side of Jack Northrup Road in Hawthorne along the side of some abandoned train tracks. The company said that the tube was about half-scale for what a true Hyperloop tube would look like. The test tube had a 6ft outer diameter and was filled with track that could support pods on air-bearings (think of an air-hockey table) as well as magnetic levitation and more traditional wheels. The tube was built in 50-foot sections welded together, with a door on either end of the track to seal off the tube while depressurizing and repressurizing the enclosed environment.

SpaceX also built the competitors “a pusher,” which accelerated behind the test pods up to about 50mph and then released them to run on their own.

Creating a low-pressure environment in the tube was no small feat. Although a lot of teams got “open air” runs in the tube, the teams that got low-pressure runs had to load their pod and the pusher into the tube, wait 30 to 45 minutes for the air to be pumped out, and then wait for the system to re-pressurize so they could open the door safely at the other end.

Although SpaceX merely hosted the competition, Elon Musk did make a few remarks before the low-pressure pod runs. “I’m told this is the second-biggest vacuum chamber in the world—after the Large Hadron Collider,” he said, laughing.

Musk took the moment to address other company news: he’s building a hole to test the “Boring machine” he tweeted about[4] in December. “I find holes quite exciting,” he said, estimating that he was looking to improve tunnel-boring speed “500 to 1,000 percent.” Musk has said his impetus for the tunnel is to alleviate traffic in LA, and on Sunday he described a tunnel that would “go 3D” to prevent traffic bottlenecks in the tunnel itself. He did qualify his expectations though: “We’re just sort of muddling along, I want to be clear about that.”

But he wasn’t kidding about digging a test hole—Los Angeles Mayor Eric Garcetti was at the event and confirmed that the city would help Musk work on any system that would alleviate the “soul-crushing traffic” on the city’s streets. And despite it being Sunday, there were already construction workers tearing up the former SpaceX parking lot on Crenshaw across the street from the entrance to the company’s main building. One of the workers at the site confirmed to Ars that they were digging a hole to build a tunnel.

As for the pod competition, it spanned the weekend, although the media were only invited for the final portion of the event.

Earlier in the week, groups assembled their pods and SpaceX judges made rounds to rank the entries based on safety and reliability (meaning not just braking systems but also fault tolerance and plans for contingencies), performance in operations, performance in flight, innovation, and design and construction. Before the teams were allowed to do open-air runs on the test track, they had to put their pods on an external subtrack to prove that their pod could fit in the tube and that the pods braking systems worked. Teams could also use the external subtract to prove some levitation, if their pod had that capability.

Teams had to put their pods in a 25-foot section of vacuum to prove that their pod’s components and communication system could work in a low-pressure environment.

Considering that last year all these student groups had were designs, their real-world model pods were quite impressive. Although some teams met with heartbreak—UC Berkeley’s bLoop pod blew a fuse during early testing, so the team never got track time, and Illini Hyperloop passed the tests with a functional pod, but the judges didn’t give the team low-pressure track time—most of the students met their fate in a good-natured way. After all, there will be another pod competition hosted by SpaceX this summer, and all these teams will have another chance to prove their capabilities if they want.

By the time the media arrived Sunday afternoon, MIT, WARR, and Delft were geared up for for low-pressure tube time.

MIT went first with full levitation from the magnetic undercarriage. In the video below, taken from a camera on MIT’s pod, you can see where the pod starts levitating when the wheels stop spinning. SpaceX trackers showed the pod traveling 90 kph (56 mph) at one point in the tube.

Yiou He, an electrical engineer for the team, told Ars that the pod didn’t go as fast as it could, nor did it reach the end of the tunnel. The pusher was too slow. “The pod was designed [for] 250 mph,” she said. But the pod did levitate—in fact it levitated during 35 mph test runs, a speed that He said “was actually pretty low for my expectations.” MIT walked away from the day with an award in Safety and Reliability.

WARR went next in the low-pressure tube. The team’s pod used electrodynamic suspension to levitate, but since levitation was not a requirement in this competition, the team decided to remove the magnets at the last minute according to Diana Papyan[6], a computer scientist on the team. “They wanted us to be fast, and they couldn’t provide enough speed [for us] to levitate,” she said. Since levitation was not a requirement to win in this competition, the team modified their pod at the last minute and was able to get it up to roughly 58 mph (94 kph) in the low-pressure run. Toward the end of the length of tube, the pod hit the brakes successfully and came to a stop. The team erupted in cheers watching the big screen image of the pod inside the tunnel.

Finally it was Delft’s turn to race their pod, a large green and white tube on skis with a magnetic Halbach array on the undercarriage[7] to help the pod levitate at speeds faster than 30 kph (18.6 mph). Delft also included an interior design for their pod, seating about a dozen little dolls prepared for their first Hyperloop ride.

Delft’s pod also hit 58 mph (94 kph) but not for quite as long as WARR’s pod. Delft’s pod petered out a little over halfway down the tube.

Ultimately, Delft and WARR received the two top prizes—WARR won a prize for being fastest in the tube, and Delft won the prize for highest overall score. Besides MIT’s Safety and Reliability award, a number of other teams received smaller prizes. Virginia Tech, which got an extra open-air run at the end of the night, was honored in Performance in Operations for its modular design. Also receiving operations awards were Purdue, University of Maryland, and St. John’s High School—the only high-school-level team, which was also the first team to successfully levitate in a test run earlier in the week.

WARR also received a Performance in Flight award, and Vichyper, University of Wisconsin’s BadgerLoop, and crowd-sourced design group rLoop all were lauded for Innovation. The top three Design and Construction awards went to MIT, WARR, and Delft. 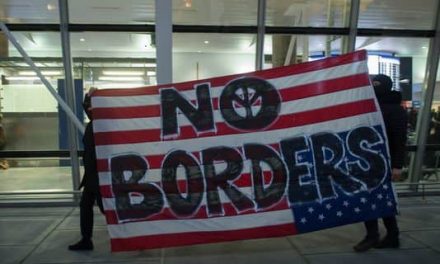 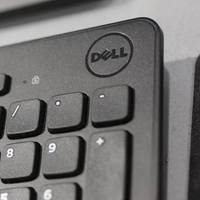 Tech stocks: Dell on the move