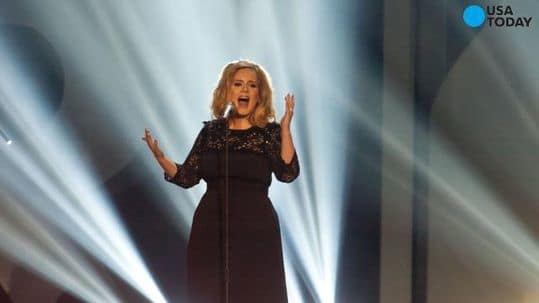 A New York City businessman charged with raising $81 million in a Ponzi scheme based on claims of reselling tickets to the Broadway blockbuster Hamilton had ties to a company that partners with major ticket exchanges and sports teams.

Joseph Meli, 42, allegedly told investors he had an agreement with Hamilton’s producer to buy 35,000 tickets to acclaimed rap and hip-hop musical about the Alexander Hamilton and the American Revolution, according to a Securities and Exchange Commission civil complaint filed Friday.

Meli, co-defendant Matthew Harriton, and three of their companies are also accused of telling the unwitting clients their investments would also include a concert by popular British singer and songwriter Adele, the complaint charged.

A $105 million private stock offering[1] filed with the SEC in September by DTI Management listed Meli as a director of the ticket reselling company, which partners with Ticketmaster, StubHub, SeatGeek and other major ticket exchanges and sports teams, including the NBA’s Cleveland Cavaliers.

“DTI has not been contacted by any government officials and there is no allegation that we had any knowledge or involvement in the activities at issue,” Montieth Illingworth, a company spokesman, said Monday, adding that Meli was suspended over the weekend.

“DTI had no role with Mr. Meli in these other businesses, nor did any employee of the company,” said Illingworth.”Our association with Mr. Meli is recent and his role was narrow and limited and he did not bring any business to the company in the four months he worked with us.”

Promising to resell the seats at a profit, Meli and Harriton allegedly lured roughly 125 investors in 13 states with written contracts that promised full repayment of initial principal plus a 10% annualized profit. Federal investigators said the promises were fake. Meli and Harriton instead allegedly used funds from new investors to repay earlier ones, and also diverted money to jewelry purchases, Atlantic City casino payments and other personal expenses.

Federal prosecutors in New York City filed related criminal charges of conspiracy and securities fraud against Meli and Steven Simmons, though Simmons was not accused of being part of the alleged Hamilton portion of the investment scam. Separately, Meli was part of a new programming division which Brooklyn’s Barclays Center launched to work directly with non-touring artists and managers in booking special events at the popular arena and other venues, Billboard[2] reported in 2015. The Barclays Center did not immediately respond to a message seeking comment.

Defense lawyer Marc Kasowitz said “the government charges, which Joseph Meli denies, are based on the self-serving statements of a cooperating criminal defendant, whose own admissions suggest that he himself is guilty of a criminal Ponzi scheme of his own devising.”

“Obviously, that source — who is seeking to mitigate his own punishment — has a motive to falsely implicate others, including Mr. Meli, added Kasowitz, who added that his client would “vigorously defend these charges.”

Defense attorney Daniel Horwitz said “we deny the SEC’s allegations that Matt Harriton engaged in a fraud,” and contended that evidence would show his client was a victim. Tig Notaro Performed Topless a Week Before Her Seattle Show