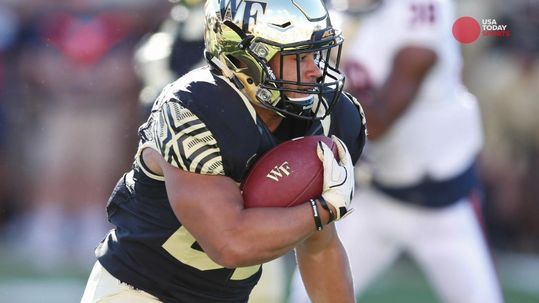 College football always gives us plenty to chew on, but this time, it might have outdone itself.

Have you heard the one about the former Wake Forest assistant football coach-turned-radio announcer who allegedly leaked details about the Demon Deacons’ upcoming game plans to its opponents?

It’s crazy. It’s also true. The announcer, Tommy Elrod, who played football at Wake Forest in the 1990s, has been fired, and Louisville athletic director Tom Jurich has confirmed that Elrod gave secrets to his team this season.

The questions and concerns Elrod leaves behind are numerous, and troubling. Were students, alumni, fans, sponsors and all the participants on the field duped into believing they were watching (or playing in) an honest competition, when they perhaps were not? Did Elrod, who headed to the broadcast booth after being fired in 2013, mete out a unique form of revenge on the athletic department that got rid of him?

Did Wake lose games it might have won had Elrod not had open access to practices and playbooks? Did he do it for money or a future job at another school?

And, what about the student-athletes themselves? As Winston-Salem Journal columnist Scott Hamilton appropriately asks: “How many of the 91 times battered quarterback John Wolford was sacked were at least assisted by a little inside information?”

It’s all concerning, and it was made worse Wednesday afternoon when Jurich dropped his bombshell that Elrod did give “a few plays” to Louisville’s offensive coordinator Lonnie Galloway over the phone the week of their November game, which Louisville won 44-12.

“Among the communication were a few plays that were sent and then shared with our defensive staff,” Jurich said in a statement, adding that none of the plays were “run during the course of the game,” as if that somehow makes Elrod’s communication with Galloway and Louisville’s use of that information any less egregious.

Jurich was not finished. “Our defense regularly prepares for similar formations every week in their normal game plan. Any other information that may have been discussed was nothing that our staff had not already seen while studying Wake Forest in their preparations for the game and the material was not given any further attention.”

Jurich added that he’s “disappointed that this issue has brought undue attention to our football staff as we prepare for our upcoming bowl game.”

Well isn’t that too bad? The Louisville AD has just admitted that his team cheated, that his offensive coordinator received and shared confidential strategic information about an opponent, a breach of ethics that undermined the integrity of that game. And now he’s angry that it’s creating a distraction?

Adding to Louisville’s fascinating role in this burgeoning fiasco is the fact that Wake Forest’s internal investigation – the sports media is ingeniously calling this “Wakeyleaks” – began after the loss to the Cardinals, when staff members discovered materials left behind by Louisville that indicated the Cardinals were prepared for plays the Demon Deacons had not run before.

Louisville coach Bobby Petrino — it’s a college football scandal, so of course he’s involved — said in a statement back in November when rumors were flying about advance knowledge of Wake’s game plan that he “had no knowledge of the situation.”

Now of course Jurich has confirmed that there was quite a bit of knowledge of the situation among Petrino’s staff a month ago.

The Atlantic Coast Conference issued a statement late Wednesday afternoon saying that “protecting competitive integrity is fundamental” to the conference, adding that it’s “in the process of obtaining the internal findings from Wake Forest University.” It promised to perform “its due diligence” to get to the bottom of this mess.

It’s essential that the ACC investigate Wake Forest. But it also should look at every conference school it played the past three seasons, starting with Louisville. Wake Forest radio analyst Tommy Elrod has been fired after an investigation revealed that he leaked gameplan information to multiple opponents, the school announced Tuesday. Time 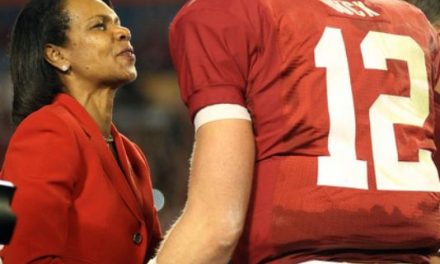 ‘A student of the game,’ Condi Rice ignores doubters

Delaware is the new ‘Quarterback U’ 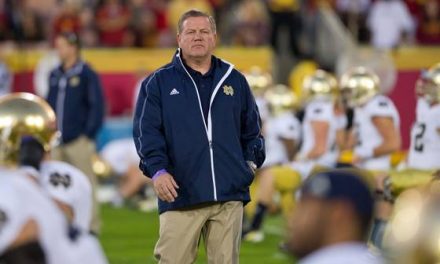