Aldridge airballed a 20-foot step-back jumper with 1.7 seconds left would have tied it for the Trail Blazers, and the Thunder went on to snap Portland’s nine-game winning streak at the Rose Garden with an 87-83 victory on Sunday night.

“It felt good when it left my hands,” Portland’s All-Star said. “But it definitely wasn’t good when I shot it.”

Kevin Durant had 33 points for the Thunder, who had their lowest output since scoring 84 in the season opener against San Antonio. Russell Westbrook added 18 points and nine assists for the Thunder in the absence of starters Serge Ibaka and Thabo Sefolosha.

Aldridge had a season-high 33 points and 11 rebounds for the Blazers, who trailed by 11 points but came within one point with less than a minute left.

Perkins missed the first of two free throws and, after a timeout, Aldridge missed his fadeaway jumper — under hard-nosed pressure by Perkins. Westbrook then made two free throws for the final margin.

“After Perk made his one free throw to give us a little cushion, he came back down and played some great defense on LA (Aldridge),” Durant said. “You can’t ask for much more than that from a big man. He was unbelievable on that play.”

The Blazers had three options on the play, the second was for Aldridge to hand off to Batum, who he thought didn’t have a shot. Instead, Aldridge took it.

Afterward, the Blazers’ locker room was subdued. Wesley Matthews, one of the options, sat with his head in his hands.

“Every time you lose it’s frustrating,” Matthews said. “Especially when you should have won.”

The Blazers had extended their Rose Garden winning streak to nine after rallying for a 92-90 win over Miami on Thursday night. But Portland fell 103-97 at Golden State on Friday to stop a four-game overall winning streak.

Ibaka missed the game because of chest contusion he sustained in the third quarter of the Thunder’s 116-101 victory over the Los Angeles Lakers on Friday night. It was the first time Ibaka missed a game this season. The 6-foot-10 forward is averaging 14.3 points and 8.4 rebounds.

Sefolosha, held back with a sore neck, had also started in all of the Thunder’s games this season, averaging 7.5 points and four rebounds. He was replaced by DeAndre Liggins, who made his first career start.

Liggins ended up playing 40 minutes, with 11 points and nine rebounds.

“It was one of our best defensive games of the year, and it’s kind of surprising because we did not have two of our best defensive players in the games,” Thunder coach Scott Brooks said. “But that’s what team’s do. Teams have to step up and figure out ways to win, and our guys came off the bench and did a great job.”

The Blazers trailed by eight points early, but pulled to 18-17 on Aldridge’s layup and free throw late in the first quarter. Portland couldn’t get any closer and Collison’s reverse layup midway through the second quarter gave the Thunder a 33-27 lead.

The Blazers responded with a 12-2 run, pulling ahead on a trio of free throws and a 3-pointer from Batum that put Portland ahead 39-25.

Durant was whistled for three fouls and went to the bench but the Thunder kept up the pressure and the Blazers hung onto only a 43-42 lead at the break.

The Thunder pulled back in front, 52-48, after Westbrook’s finger-roll layup and Collison’s hook shot. Durant made a 3-pointer over Batum to make it 57-50.

Liggins hit a 3 that stretched Oklahoma City’s lead to 63-52. 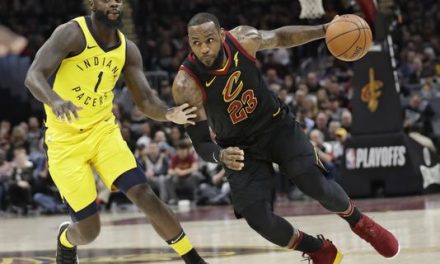 The Enduring Enchantment of ‘Wicked’