Thru Nov 12Cotton GinPuppets need to unwind after a hard day’s work too. So they head to their local dive, the Cotton Gin. Unexpected Productions new improvised show combines Sesame Street and off-color humor to reveal the secret lives of these wayward puppets, the ones who happen to enjoy a stiff drink and a blue joke. You might just discover that these whimsical characters—whether sock puppet or marionette—are not as modest as they seem. Market Theater, $15[1]

Wed, Sep 28Words on Water: Writers in ConversationThree highly acclaimed Indian authors join forces at Asian Art Museum for SAM’s annual gathering of international writers. Amitava Kumar pens literary non-fiction set in his East India home state of Bahir. Karan Mahaja has made waves with the breakout successes of her 2016 novel An Association of Small Bombs, which has been hailed by The New York Times for “disrupt[ing] traditional narratives.” Vidya Shah rounds out the Indian lineup by discussing her book on the formative female recording artists in India (Jalsa) and will even grace the audience with a few songs. Asian Art Museum, $10[2]

Sept 28–Oct 2Chance of Rain Festival[3]Rising from the ashes of the electronic oasis that was the Decibel Festival (RIP), Chance of Rain Festival (organized by old Decibel volunteers) looks to fill the void on a slightly smaller scale with a packed and diverse week of shows. The lineup includes Midwest techno scene legends like Derrick May and Michael Serafini, a daytime electronic showcase outdoors, a pop up art and fashion show at Artifact Gallery (Ame), a boat concert on Lake Union, and even the return of Decibel founder Sean Horton (playing as Nordic Soul). Various venues, $10–$20; Festival pass $125

Sat, Oct 1Manatee Commune: Manatee Commune Release Show[4]Join Manatee Commune (aka Grant Eadie) on a reflective aural electronic promenade through the forests of the Pacific Northwest. That’s exactly what listening to his new self-titled LP feels like. From his precipitating percussion to the soothing melodies of nearby birds, his music combines the sounds and textures of his native Bellingham. The classically-influenced one-man EDM band plays drums, guitar, and synths, stacking evermore complex layers to evoke a soothing soundscape. Cop the new record when Manatee Commune heads to Neumos with Maiah Manser, Jamie Blake, and Dream Journal. Neumos, $12

Sat & Sun, Oct 1 & 2BrickCon 2016 Brick by brick, this annual gathering of Lego fanatics has built a foundation in Seattle. At BrickCon, childhood fancies blossom into ingenious feats of hobbyist-built, small-scale architecture with thousands of Lego models on display. Feeling inspired? Try creating your own in the Building Zone. And for the avid collectors, the Brick Bazaar offers a fitting place to search for rare treasures. Seattle Center Exhibition Hall, $10–$12[5] 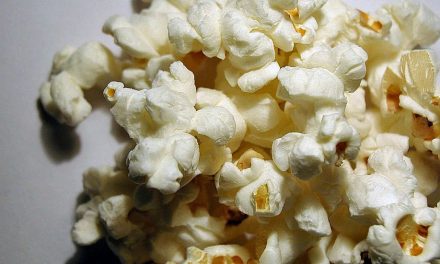 Waiting for Summer at the Movies