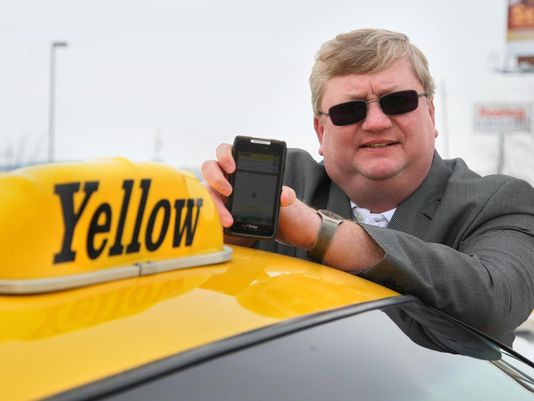 Trans Iowa, a Des Moines transportation firm, has a new mobile app which allows taxi passengers to track their taxi, get an estimate for the trip and even create “favorite” routes. President Randy Sackett displays the app alongs one of the company’s cabs in Des Moines, Iowa on Feb. 28.(Photo: Mary Chind, The Des Moines Register)

DES MOINES, Iowa — Randy Sackett made a significant investment in his 100-strong fleet of taxicabs during the past couple of years. The Trans Iowa president replaced a 15-year-old dispatch system. He also installed GPS devices in every cab bearing the name of Trans Iowa’s two firms, Yellow Cab and Capitol Cab.

On Wednesday, Sackett unveiled one of the fruits of those efforts: a mobile application that allows customers to, among other things, receive an estimate for a cab ride, make reservations and use the upgraded hardware in his cabs to track a taxi’s position as it approaches.

“We think we should be the company on the leading edge of bringing this service to the marketplace,” said Sackett, who has headed the company for about 12 years.

Sackett wouldn’t say how much the company spent to upgrade the cabs, but he did call the investment substantial.

“With the younger clientele, the smartphone is how they do business,” he said. “To not be in that world and be friendly to them didn’t seem very smart.”

The technology is relatively new in the industry. It’s only been within the last 90 days that more companies have launched, said Alfred LaGasse, CEO of the Taxicab, Limousine & Paratransit Association, a 96-year-old trade group for the private passenger transportation industry.

He said early results show about 5 percent to 10 percent of passengers use the apps in markets where it’s available.

“Consumers simply like seeing the vehicle and knowing approximately when it will pick you up,” LaGasse said. “It’s a confidence builder that, ‘Yep, there is a taxi on the way.'”

LaGasse said his organization urges its 1,100 members to adopt mobile technology as soon as they can. However, he also warns that the applications should be options, not requirements, because transportation clientele come from all walks of life and not all have smartphones.

“Technology is good but you must use it to enhance the service you deliver to the public,” he said. “Otherwise, you’re ignoring half of your customer base.”

The Des Moines taxicab market has become increasingly competitive since city officials loosened restrictions on the vehicles in 2008.

Sackett said that has meant less money for his cabdrivers, who work as independent contractors. But he said he hopes the new application will help the company.

“We’re hopeful it will make a substantial impact on the business,” he said. “Our motivation is to make the customer experience easy. We want to make it easy for customers to do business with our company.” 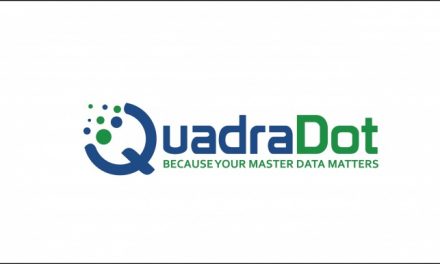