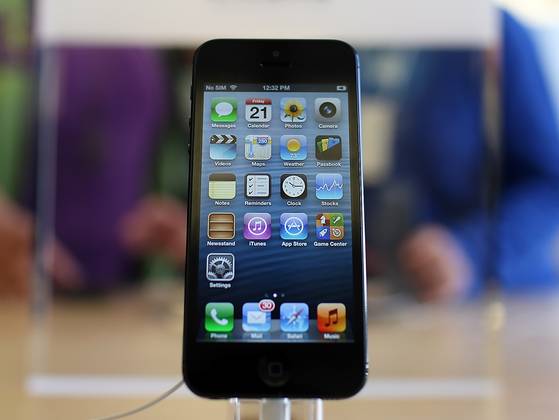 Three months after Apple removed Google Maps as a built-in map and replaced it with its own product, Google said Wednesday that its revised map was finally approved by the iPhone maker to be listed in the Apple app store.

“People around the world have been asking for Google Maps on iPhone,” wrote Daniel Graf, Director of Google Maps for Mobile, in the company blog[1]. “It’s designed from the ground up.”

Google redesigned the app to show more map on screen than the previous version that was quashed by Apple for iPhone. The map also “loads more quickly and provides smooth tilting and rotating of 2D and 3D views,” Graf says.

When users search for a place of interest, say a restaurant, an expandable information sheet at the bottom shows the address, opening hours, ratings and reviews, images and directions. The map contains more than 80 million businesses and points of interest, Graf says.

The Google Maps app[2] is available with any iPhone or iPod Touch that runs iOS 5.1 or higher. In launching its latest mobile operating system, iOS 6, in September, Apple replaced Google Maps — one of the most popular apps on iPhone — and introduced its own map. Reviews of Apple’s map, which used data from Dutch map maker TomTom, were mostly negative. And users aired complaints that it was laden with errors, misplaced cities and towns, rendered wrong directions and was missing some key features including public transportation data.

Google reminded iPhone owners that its map was available through a browser but that did little to assuage its fans who wanted a direct and quicker access to it as an app.

Apple CEO Tim Cook issued a rare apology in late September and urged users to try other map apps, including MapQuest[3] and Waze[4]. “We are extremely sorry for the frustration (the map) has caused our customers and we are doing everything we can to make Maps better,” he wrote. “We launched Maps initially with the first version of iOS. As time progressed, we wanted to provide our customers with even better Maps including features such as turn-by-turn directions, voice integration, Flyover and vector-based maps. In order to do this, we had to create a new version of Maps from the ground up.”

Following the maps debacle, Scott Forstall, Apple’s head of mobile software, was ousted in October partly due to his refusal to sign a letter to Apple customers apologizing for the map’s flaws.

Ballmer’s $2B Clippers bid may be stalled by Donald Sterling

Shareablee, Others Pitch for Diversity in Tech at NYTM Women’s Demo Night