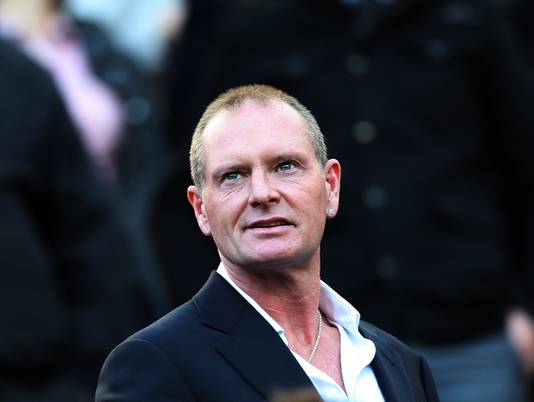 Paul Gascoigne is in a United States hospital after reacting badly to detox program, but there are no fears for his life.(Photo: Scott Heppell, AP)

LONDON (AP) — Paul Gascoigne is recovering in a hospital in the United States after reacting badly to a detox program in his battle to beat alcoholism, according to people close to the former England midfielder.

Gascoigne, who made his name by starring in the 1990 World Cup, flew to Arizona this week to receive urgent treatment for alcohol addiction after a relapse. His life isn’t believed to be at risk.

“Paul has experienced severe complications with his detoxification,” Gascoigne’s long-time therapist, Dr. John McKeown, said in a statement released by Britain’s Press Association. “This is not unusual for someone who has been drinking as heavily as he has.”

McKeown said Gascoigne was transferred to an intensive care unit at a hospital in Phoenix so he could be monitored and be “completely satisfied that there are no other complications to his health.”

“The hospital has reassured me that he is up and about walking,” McKeown added. “There are no fears for his life.”

McKeown was reacting following comments by Gary Mabbutt, a former teammate of Gascoigne’s at Tottenham, who first revealed that “Gazza” had been admitted to hospital.

“It’s not a life-threatening situation and Paul is back on the road to recovery and hopefully soon he will be back into the clinic to continue his rehab,” Mabbutt told Sky Sports News.

Footballers past and present have offered support to Gascoigne, one of England’s most talented and much-loved footballers, after seeing images published of him in ill health at a charity function last week.

A group of close friends, including former England teammate Gary Lineker, organized for him to fly to a treatment center in the U.S.

“Gazza is struggling,” Lineker wrote on Twitter Sunday. “Let’s hope he can hang on in there. Others have generously offered to help.”

Gascoigne scored 10 goals in 57 matches for England, helping the team reach the semifinals at the 1990 World Cup and European Championship in 1996. At club level, he played for a number of teams including Newcastle, Tottenham, Lazio, Rangers, Middlesbrough and Everton .

Since quitting the game in 2005, he has faced alcohol and mental-health problems.

“Over the years he has had a lot of support from the football family, but of course it could be a long road to recovery,” Mabbutt said. “Now Paul’s asked for the help, we can focus on getting through this.”

Sandy Duncan
Previous articleOn the Job: Workers’ happiness rubs off on profits
Next articleNo slowing up in United’s charge to EPL title

Report: In Seattle, drivers keep these car, truck models longer than any other

People are keeping cars and trucks longer, according to a new report from iSeeCars.com. In Seattle, one brand is outlasting others.The automotive research firm...

The ordinance would also double the amount retail grocery workers first got when the pandemic began. SEATTLE — A proposal from the Seattle...