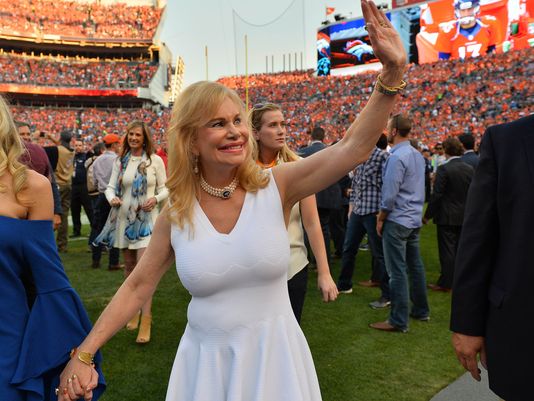 Annabel Bowlen, wife of longtime Denver Broncos’ owner Pat Bowlen, announced she has recently been diagnosed with Alzheimer’s, a progressive brain disease that causes problems with memory, thinking and behavior.

Her announcement came nearly four years after she joined the Broncos in announcing her husband Pat Bowlen had been diagnosed with the neurogenerative disease.

“I recently learned that I’ve joined my husband Pat and the millions of others who have been diagnosed with Alzheimer’s disease,’’ Annabel said in a statement to KUSA. “Since Pat’s diagnosis, I have gained a vivid understanding of this disease’s progression and its effect on those living with it as well as their families. My family and I have been—and will remain—dedicated supporters of Alzheimer’s awareness, treatment and research funding.’’

For several reasons, Annabel is going public with her Alzheimer’s battle much sooner than her husband did with his.

“I decided to make my diagnosis public right away in the hope that it continues to raise awareness for those battling Alzheimer’s and their loved ones,’’ Annabel said. “With June also being Alzheimer’s & Brain Awareness Month, the timing was right for me to share this personal update with everyone.’’

Think of Pat and Annabel’s five children, who must now carry on knowing both their parents became inflicted with one of the cruelest diseases known to civilization.

Yet, adversity appears to be bonding the five Bowlen children.

“We are fully supportive of our mother and will face her Alzheimer’s diagnosis together as a family,’’ Annabel’s five children – Patrick, Johnny, Brittany, Annabel and Christianna — said in a joint statement. “During the last few years, all of us have been inspired by the strength and courage our mother has shown as she’s supported our father in his own battle with Alzheimer’s disease. We’re confident that she will bring the same grace, compassion and determination to her fight.

“In addition to being a loving mother, she has always found ways to positively impact our community. By publicly announcing her illness, we are reminded again of our mother’s commitment to raising awareness and empowering those living with Alzheimer’s disease.

“We’ll continue to support our parents, stay strong as a family and do our part to raise awareness for everyone affected by Alzheimer’s disease.”

While the disclosure that both Mr. and Mrs. Bowlen have been diagnosed with Alzheimer’s will no doubt sadden the NFL and Broncos communities, it will have no effect on how the franchise is run or Pat’s long-standing succession plan.

Pat Bowlen set up his trust in the late-1990s with the hope that one of his seven children would earn the right to succeed him as the team’s controlling owner.

Ellis has served as controlling owner delegee of the Broncos since Pat Bowlen relinquished day-to-day responsibilities following the 2013 season.

Ellis will continue to run the franchise for the foreseeable future at least until whether the trustees determine one of the Bowlen children is ready to assume the role of principal owner.

Still, trustees, administrators, general managers, coaches and players are people, too. That Alzheimer’s has hit another prominent member of the Broncos’ family is an emotional blow.

“Our hearts go out to Annabel and the entire Bowlen family,’’ Ellis said in a statement. “She’s been a wonderful ambassador and advocate for the Broncos over the years, especially in recent seasons as Pat has focused on his own battle with Alzheimer’s disease.

“All of us at the Broncos are behind Annabel and know she’ll face this challenge with courage and determination.

“Our support extends not only to Annabel and Pat, but also to their children. While having both parents diagnosed with Alzheimer’s is daunting, they’ve already demonstrated such strength and compassion in their roles as caregivers.’’

With Annabel’s five children electing to issue a joint statement showing support for their mother, they are taking a unified front. Their statement includes Brittany Bowlen, whom 9News has reported to be the frontrunner to become the team’s next controlling owner.

Annabel represented ownership at Peyton Manning’s retirement ceremony, and she personally handed President Barack Obama a Broncos’ No. 44 jersey on the South Lawn of the White House during the team’s 2016 visit as Super Bowl champions.

Perhaps, Annabel’s most impressive and extensive public moment came during her acceptance speech on behalf of her husband in October 2015 when Pat Bowlen was inducted into the Broncos’ Ring of Fame.

“To my husband, there is no one more important than the players and coaches who have made this franchise what it has become today,” Annabel said during her nearly 10-minute speech. “’It’s not about me’ is a simple phrase of his that has defined his ownership.”

At that point, Pat Bowlen was the only individual team proprietor in NFL history to reach 300 wins in 30 years of ownership and his reign included more Super Bowl appearances (six) than losing seasons (five). He is a favorite to become one of two contributor finalists nominated for the Pro Football Hall of Fame when the selection committee votes next month.

“Although Pat is now focused on his battle with Alzheimer’s, he would never want that terrible disease to define who he is or take away from what he has accomplished,” Annabel said during her husband’s Ring of Fame induction ceremony. “But, fair or not, it is part of who he is. It’s part of his story. It’s also how Pat continues to have a positive impact on others.’’

And now, Alzheimer’s has become part of the story of the Broncos’ First Couple.

Annabel and her children have taken the lead locally in raising awareness and funding for the fight against Alzheimer’s. Team Super Bowlen, created by Annabel, is regularly among the leaders in the annual Walk to End Alzheimer’s event held in City Park.

Annabel, her family, and the Broncos’ organization have helped raise nearly $500,000 in the last four years for Alzheimer’s cause.

“It’s my hope to remain involved in various Alzheimer’s events as my health allows,’’ Annabel said in concluding her statement. “And of course, I’ll be cheering on our Broncos.’’

KUSA is a TEGNA property.

Can Jake Locker Save Husky Football? 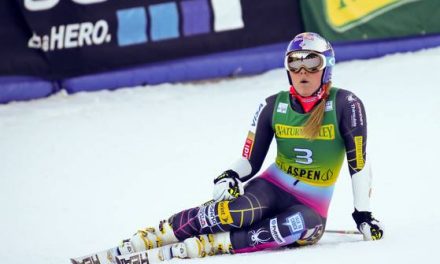 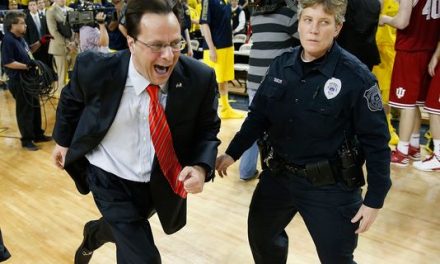 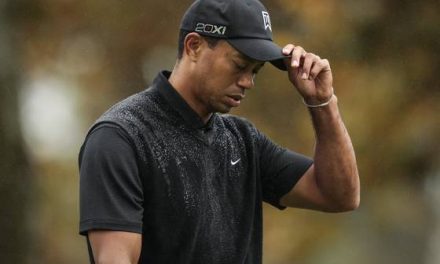