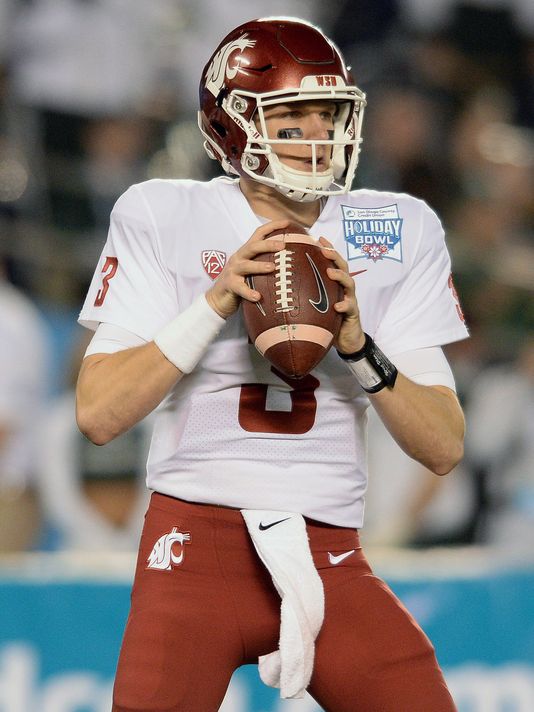 The parents of former Washington State quarterback Tyler Hilinski say their son had chronic traumatic encephalopathy (CTE) at the time of his death.

Hilinski, the Cougars’ backup quarterback, committed suicide in a Pullman, Wash., apartment on Jan. 16[1]. On Tuesday morning, more than five months later, Mark and Kym Hilinski told NBC’s Today show[2] that an autopsy conducted by the Mayo Clinic revealed the presence of the degenerative brain disorder, which has been linked in recent years to playing football.

“It was a shock, to get those results and to find out that he had it,” Kym Hilinski told Today[3]. “And to realize that the sport that he loved may have contributed to that diagnosis.”

“The medical examiner said he had the brain of a 65-year-old,” her husband, Mark, added. “He was the sweetest, most outgoing, giving kid. That was difficult to hear.”

Hilinski had been projected to be Washington State’s starting quarterback this fall. Police found his body during a welfare check after he missed practice.

The diagnosis of Hilinski’s CTE is the latest case in which evidence of the disease has been found in the brain of a former football player. A 2017 study by the Mayo Clinic found that 110 of 111 former NFL players whose brains were donated for research had evidence of the disease, which can only be confirmed by autopsy.

“The findings suggest that CTE may be related to prior participation in football, and that a high level of play may be related to substantial disease burden,” according to the authors of that 2017 study, which was led by researchers at Boston University and the VA Boston Healthcare System.

According to Chris Nowinski of the Concussion Legacy Foundation[6], Hilinski is the second active college football player whose brain has shown evidence of CTE at the time of his death. Researchers also found early stages of the disease in the brain of University of Pennsylvania football player Owen Thomas[7], who killed himself in 2010.

Alabama may soon start recruiting in the womb