Falling Quickly for ‘Once’

Stuart Ward and Dani de Waal star as two souls drawn together by music in Once.

It came as no surprise when the Oscar-winning musical Once made the effortless transition to a hit, Tony-winning Broadway musical. Now in its premiere run at the Paramount Theatre (thru June 8), the show puts the musical in music theater and offers an experience worth seeking out.

Once explores the relationship between a Dublin busker and a young Czech woman who meet by chance and instantly connect on a musical level. She discovers him playing on a Dublin street when he’s ready to give up on music in the wake of a brutal breakup with a girl who moved away to New York. She instantly takes a shining to the songs he writes and soon shows him her own musical talent. The chemistry grows between the two unnamed characters (Guy and Girl) as she inspires him and pushes him to follow his musical dreams and win back his ex. But as the two create music together, with songs vacillate between uplifting hope and emotionally crushing heartbreak, they begin to fall in love.

The musical presentation is fittingly invigorating. Both leads sport the voices necessary to carry the roles and create sparks. Stuart Ward (Guy) has the dynamic emotional vocal range needed for songs both sweetly sad (“When Your Mind’s Made Up”) and bellowing with raw angry sorrow (“Leave”). Dani de Waal (Girl) delivers the soft and lovely counterbalance, especially on haunting tunes like “If You Want Me” and “The Hill.” The cast performs all of the instrumentation on stage. When the supporting characters are not in a scene, they sit on the side of the stage acting as a folk orchestra in the round. Their full array of instruments (violin, banjo, guitar, accordion, bass, cello, piano, etc.) adds layers of sonic depth to the two leads’ songs as they slowly build to climax. Once isn’t just theater, it’s a lively concert. This dynamic gives Once an authenticity that’s essential to the show’s success; these aren’t actors playing musicians, these are musicians being musicians. (Make sure to show up to the performance early as the cast hosts a musical hootenanny filled with traditional Irish songs on stage before the show actually begins; one that then seamlessly fades into the show.)

The staging helps maintain the Once’s pace. There is only one set—the interior of a Dublin pub—but thanks to special work and simple props, it morphs into city streets, a music shop, a bedroom, a recording studio, and more. Even the pseudo-set changes that occur maintain Once’s spirit by serving as musical interludes where choreographed dances provide the necessary prop rejiggering. Another ingenious addition to the show is the use of reverse translation of the Czech speaking characters (they speak English and the words show up on an LED display in Czech). It’s a clever workaround that results in one of the most heartstring-tugging payoffs in the whole show.

On a large stage, the musical version of Once can’t rely on the elegant, quiet subtlety of the film, so instead it goes the other way and vastly ramps up the comedy. The Girl provides many of the laughs with her Czech seriousness providing moments of comedic bluntness. Apart from a one or two over the top antics, the humor is mixed in with balance as to not cheapen the drama, which builds perfectly to its emotional endpoint.

The theatrical version of Once never loses sight of the core of what made the film special. It’s a story of how vital music is to the human spirit and the beauty of allowing yourself to be overwhelmed by it. It’s love that runs deeper than traditional notions of romance; a love that transcends the physical body and connects profoundly with the creative soul. 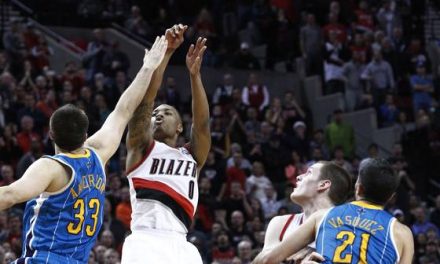 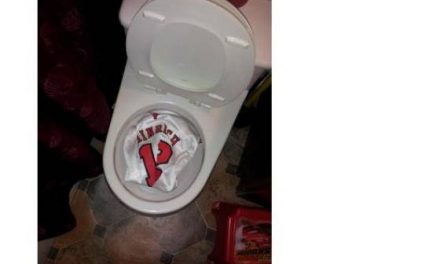 Celtics vs. Father Time – Boston looks washed up with no easy answers