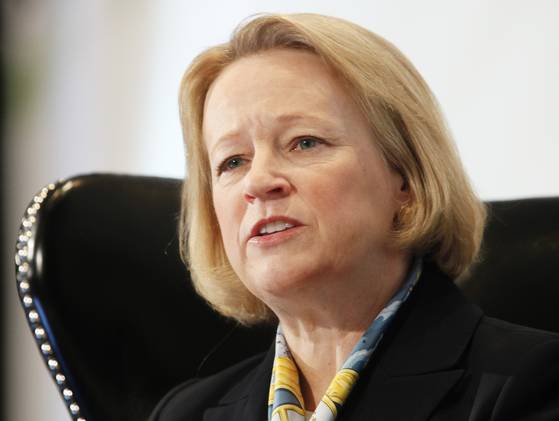 4:28PM EST November 26. 2012 – President Obama on Monday tapped Elisse Walter to replace Mary Schapiro, who is stepping down as chairwoman of the Securities and Exchange Commission.

The White House said Walter, a current commissioner, will lead the agency when Schapiro leaves next month. Walter can serve through 2013 without Senate approval because she’s already been confirmed to the commission.

Walter takes control as the SEC finalizes rules in response to the 2008 financial crisis.

“I’m confident that Elisse’s years of experience will serve her well in her new position, and I’m grateful she has agreed to help lead the agency,” Obama said.

Walter, a Democrat, came to the SEC after President George W. Bush appointed her in July of 2008. Weeks later the Brooklyn native, 62, was diagnosed with ovarian cancer.

In 2009, she told USA TODAY’s Susan Page[1] that the battle with cancer — her second, she survived breast cancer in 1995 — led to months of juggling the demands of surgery, chemotherapy and a new post that put her at the center of the nation’s economic meltdown.

“People talk a lot about work-family life balance, and when you have a health crisis, a part of you cries out, ‘I really need to devote myself to this,’ ” Walter said in 2009. “But because I had this new position — it was something I was so excited about, it was something I was so geared up to do — I was really motivated to do everything I could” to manage the job while also managing an illness.

Before joining the SEC, Walter worked at the Financial Industry Regulatory Authority, which Schapiro led before moving on to the SEC.

Schapiro, the first woman to serve as the agency’s permanent chairman, was appointed by President Obama on Jan. 20, 2009, and was unanimously confirmed by the Senate.

“It has been an incredibly rewarding experience to work with so many dedicated SEC staff who strive every day to protect investors and ensure our markets operate with integrity,” Schapiro said in a statement released by the commission. “Over the past four years we have brought a record number of enforcement actions, engaged in one of the busiest rulemaking periods, and gained greater authority from Congress to better fulfill our mission.”

She becomes the first major departure from the Obama administration’s team of financial regulators. Schapiro will also relinquish her position as one of the five members of the commission, the federal agency that oversees Wall Street and the broader financial markets.

Obama expressed his “deep gratitude” to Schapiro for her work.

“When Mary agreed to serve nearly four years ago, she was fully aware of the difficulties facing the SEC and our economy as a whole,” Obama said in a statement. “She accepted the challenge, and today, the SEC is stronger and our financial system is safer and better able to serve the American people – thanks in large part to Mary’s hard work.” Schapiro took control of an agency staggered by the nation’s financial crisis and embarrassed by its failure to uncover Bernie Madoff’s Ponzi scheme. In March 2009, Madoff pleaded guilty to 11 federal felonies for a scheme that defrauded thousands of investors of billions of dollars.

Much of the financial crisis developed after banks and mortgage brokers provided mortgages to home buyers without rigorously verifying their ability to repay the loans, then sold the mortgages to investment banks that bundled them into securities, which were sold to investors.

The value of those packaged securities, amounting to billions and billions of dollars, began to drop as homeowners struggled to make payments they couldn’t afford. The housing market’s eventual crash led to massive foreclosures and the bankruptcy of investment banks and mortgage lenders, such as Lehman Brothers and Countrywide Mortgage.

Under Schapiro, the SEC reached its largest settlement ever with a financial institution. Goldman Sachs agreed in July 2010 to pay $550 million to settle civil fraud charges that it misled investors about mortgage securities in 2007. Similar settlements followed with Citigroup JPMorgan Chase and others.

The SEC has implemented new regulations for securities backed by assets, such as mortgages, begun crafting new rules for derivatives, and required hedge fund advisers to register and become subject to more SEC oversight.

The SEC also has developed rules to allow investors to vote on executive compensation packages and receive more complete information about company boards of directors.

Schapiro also oversaw increased regulations put in place after the 2010 flash crash, the automated trading of stocks that set off a steep plunge in stock markets. And she took steps to launch investigations more quickly, more easily pursue tips and complaints and identify wrongdoers through upgraded market intelligence methods. The agency brought a record 735 enforcement actions in fiscal 2011 and 734 in fiscal 2012.

Prior to becoming SEC chairman, Schapiro was CEO of the Financial Industry Regulatory Authority — the largest non-governmental regulator for all securities firms doing business with the U.S. public.

She previously served as an SEC commissioner from December 1988 to October 1994. President Ronald Reagan first appointed her and she was reappointed by President George H.W. Bush in 1989. President Bill Clinton named her acting chairman in 1993.

She left the SEC when President Clinton appointed her chairman of the Commodity Futures Trading Commission, the top federal regulator for trading in oil, wheat and other wholesale commodities, where she served until 1996. 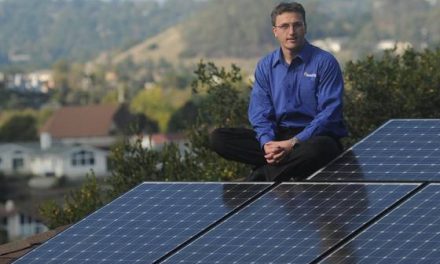