Wait… Are the Mariners Actually Good?

Tonight’s Major League Baseball All-Star game marks the (unofficial) half-way point of the season. Mariners ace Felix Hernandez makes the start for the American League side after arguably his best beginning to a season in his already brilliant career. King Felix achieving greatness is nothing new, but in a stark change from the last decade or so, the Mariners as a team are actually playing well too. Not only do they have four All-Stars—Henandez, second baseman Robinson Cano, third baseman Kyle Seager, and closer Fernando Rodney—but if the season ended today (note: it doesn’t), the Mariners would be in the playoffs as a wild card team. The new wild card set-up would only guarantee a one-game playoff to get into the “real” playoffs, but—considering the Mariners haven’t made the playoffs since the record-setting 2001 season (and haven’t even really come close)—there’s finally reason for baseball optimism in Seattle.

So with that in mind, here are five reasons to believe the 2014 Mariners are for real (and five counters as to why they might be doomed to disappoint again):

1. Robinson Cano Is Living Up to His Massive Expectations

It cost $240 million to steal Cano from the Yankees, but the Mariners desperately needed a star bat. So far, Cano has delivered. He’s fourth in MLB in batting average (.334) and leads all second basemen with 57 runs batted in. For a team seemingly always in need of more offensive pop to support the pitching and defense, Cano has delivered.

Counter: Where’s the power Robby? It may seem like picking nits, but Cano’s lack of power so far in the season has been concerning. He’s posting by far his lowest slugging percentage since 2008 and has only managed to hit seven home runs, putting him on pace for a career low. Safeco Field’s hitter-depressing environment is partially to blame, but it’d sure be nice to see an uptick in extra base hits (especially considering there are still nine years left on his contract).

2. Kyle Seager Is an Understated Star

He’s doesn’t wow anyone. He doesn’t radiate charisma. Frankly, he’s a little bland. But when it comes to on-field performance, Mariners third baseman Kyle Seager is a star. While he never made any top prospects lists on his path to the majors, Seager continued to be good at just about every aspect of the game without having any eye-catching stand out skills. His strength comes from his lack of flaws. He currently ranks eighth among all position players in wins above replacement (a stat that calculates a player’s total value: hitting, defense, and baserunning). Cano may get the spotlight, but Seager has been the best everyday player for the Mariners so far in 2014.

Counter: Prospect failure. While Seager’s went from no-hype prospect to stud, the Mariners once highly-touted star prospects continue to disappoint at the plate. Justin Smoak remains useless at first base, batting a putrid (.202). Outfielder Dustin Ackley is hitting .225 and his power is non-existent. The same could be said for shortstop Brad Miller (batting .204). Catcher Mike Zunino has been amazing defensive and with pitch framing, but his .206 average and 97 strikeouts are troubling. High-upside pitching prospects Taijuan Walker and James Paxton have battled injuries all year (and former #2 overall pick Danny Hultzen was out even before the year started after shoulder surgery), but if healthy they could significantly boost the rotation.

3. There’s Room to Make a Trade

As the previous point about prospect disappointment suggests, there are places in the lineup where the Mariners might be able to improve via trade. An upgrade at one of the corner outfield spots or in the starting rotation might be enough to fend off any wild card contenders. Players like Phillies outfielder Marlon Byrd and Padres starter Ian Kennedy could potentially improve the squad without costing too much.

Counter: In reality this year’s trade market isn’t deep. The medium-level upgrades are few and far between with pitchers like Jeff Samardzija, Jason Hammel, and Brandon McCarthy already having been dealt. The Mariners could try and make a big splash for another ace like Rays pitcher David Price or former Mariner/current Philly Cliff Lee, but either deal might take trading the entire farm system and ownership might balk at paying their exorbitant salaries.

Alright, time to get very mildly stat nerdy on y’all. The Mariners have fourth best run differential in all of MLB. The club has managed to score 59 more runs then they’ve allowed. For comparison, the last time the Mariners had a positive run differential was 2003. The team’s best since then was -27 in 2007 (and routinely was worse than -100). The team is finally in the green side of the ledger again.

Counter: The first and second best teams in MLB in terms of run differential? The two division rivals the Mariners are chasing for playoff spots: Oakland Athletics (+145) and Los Angles Angels of Anaheim (+89). So… that’s a bummer.

5. It’s the Year of Seattle

The Seahawks won the Super Bowl. A $15 minimum wage is on its way. Macklemore took home multiple Grammys. The Oklahoma City Thunder didn’t win the title (again). Marijuana sales are legal. It certainly seems like the city of Seattle as a whole is riding a wave of positive momentum. Why shouldn’t a Mariners playoff run be part of that surge?

Counter: Everything that’s happened the past dozen years with the Mariners franchise. But then again, they’re kind of due… 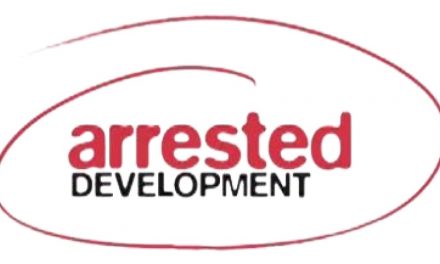 Arrested Development is Back… Almost

Yesler Terrace Comes to the Big Screen in SIFF’s ‘Hagereseb’

The Top Things to See or Do in Seattle: October 2016

Who’s From Seattle? You May Be Surprised.