The Man Booker Prize has been awarded to the best novel of the year, in the opinion of the judging committee. The prize was awarded for the first time in 1969 and strives to honor excellence in fiction.

Judges are chosen from varied disciplines to ensure fairness. Critics, authors, actors, academics, and poets have acted as judges. All that is required is a love of quality fiction. The prize yields not only a cash award, but dramatic sales increases worldwide.

To be eligible, the novel must be published in the UK for the first time in the year it is nominated. It must be in English and may not be self-published.

On July 23rd, the Longlist for the Man Booker Prize was announced. It includes thirteen books. Four are from American authors, six from Britain, two from Ireland, and one from Australia. This is the first time works from authors around the world have been accepted, as long as they are written in English.

The judges will review the longlist and reconvene to announce the shortlist on September 9th. The winner will be broadcast on October 14 direct from London’s Guildhall.
The titles currently on the longlist:

Previous winners of the Man Booker Prize include Life of Pi by Yann Martel, Wolf Hall by Hilary Mantel, and the sequel to Wolf Hall, Bring up the Bodies.

The Man Booker International Prize will be awarded in 2015 to one writer for achievement in fiction. The award is presented every two years. The difference between this and the Man Booker Prize is that this considers a writer’s full body of work. The writing must be in English or available in English translation.

Past winners of the Man Booker International Prize include Philip Roth, Alice Munro, and Chinua Achebe.

These two awards are among the highest an author can receive. They are on level with the Pulitzer Prize. Other major book awards vary by country and genre, but these are the most widely recognized fiction awards and seem to yield the most attention as well as impact on sales.

If you haven’t had a chance to read any of the nominated books, look for summaries on the website: www.themanbookerprize.com and form your own short list. If you’re reading the best of the best, September won’t seem too far away to see if your short list matches the judges’.

Seattleites Who Should Probably Be Pro Wrestlers

The Top Things to Do This Weekend: November 23–27 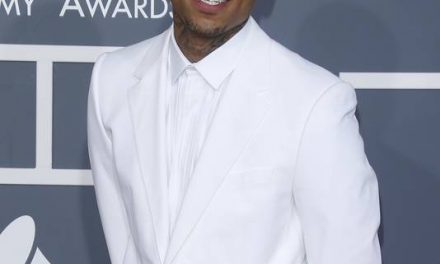 A Fiendish Conversation with Rachel Ratner of Wimps