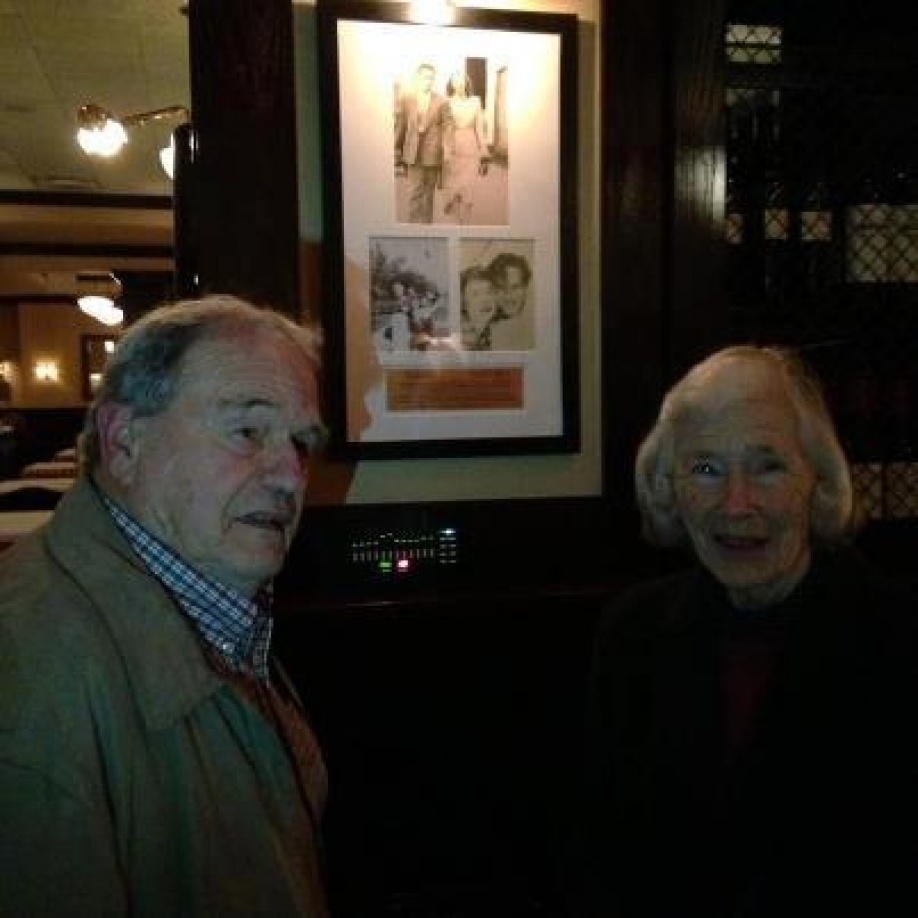 When James Loughran and Patricia Durkee first were married, little did they know their union would one day be commemorated at their favorite local Italian restaurant. That is the case, however, for this couple, who have come to be the oldest married couple in the city of Bellevue.

The two, who are 86 and 84 respectively, were recently honored with a photograph hanging in the Maggiano’s Little Italy restaurant in downtown Bellevue smack dab in the middle of the lobby.

Mike Sellmeyer, the General Manager of Maggiano’s Little Italy considers the Loughran’s to be important members of the greater Bellevue community because their story “makes people smile.” Sellmeyer feels that “older couples that are still in love and show affection are classic examples of a Hollywood ending. The idea of meeting someone and spending the rest of your lives with them is everyone’s dream.”

The couple met in the Bellevue High School band, which they both played the trombone in when the school was still located in on a piece of land that has become a part of Bellevue Downtown Park. That was two decades after the school began.

Patty recalls that when she and Jim attended the school, ”there might have been two hundred students.”

Today, Bellevue High School has grown so much over the years in student population that now the school only allows students living within certain zones of the city to attend, and currently has over a thousand students enrolled.

The couple married on August 6th in 1948 at a church in downtown Bellevue.

Before they retired, Jim worked as a carpenter while Patty worked in the billing department at American Hospital Supply. Their daughter, Maryjo Calkins, believes that their marriage has remained strong due to their ”respect for each other.”

Jim was born on a farm just off of Bellevue Way and 19th street when Bellevue Way was a dirt road. When the pair married, they built a house on that very same family property which they still live in today. Patty recalls Jim’s father asking the couple to ”pick out a piece” of the land he owned shortly after they married to keep the family together on the same lot.

Since she met Jim at Bellevue High, Patty feels that Bellevue has ”changed so much.” She remembers that when the two were in high school and in the early years of their marriage living downtown, the city of Bellevue was such a small, local and simple community that most people ”knew one another and liked one another.”

Today, Bellevue has the second largest city center in Washington State, has over 5,000 residents, 35,000 employees, is the sixth wealthiest community in Washington and was named number 1 in CNN Money’s list of the best places to live and launch a business in 2008.

Patty feels that while the Bellevue she once knew felt quaint, ”it’s not that way anymore.” In regards to these drastic changes in the economy, architecture and culture the city has seen since the couple was married, Patty says ”some of them we like, some of them we do not.”

Despite all of these changes however, the Loughran’s have remained deeply committed to serving the city and its community over the years. The pair has been actively involved with the Bellevue Historical Society, which was founded in 1986, from nearly the start.

In 2001, when the organization merged with the Marymoor Museum and became the Eastside Heritage Center, the Loughran’s continued to participate, attend meetings and share their long history in the city with members of the new organization. Karen Klett, the director of the Eastside Heritage Center recalls that ”when the historic Winters House opened in 1992, Jim’s carpenter skills contributed to the building of two significant items for the House” and the Loughran’s remained hosts at the Winters House for about fifteen years, until Jim’s health made it necessary for them to retire.

During that time, Patty took on the task of contacting hosts every week which Klett describes as having been a ”wonderful & faithful service for the organization.”

Their daughter, Maryjo, granddaughter, Jamael, and three great grandchildren, James, Tristan and Patricia, and Grandson by marriage Phil Fischer all continue to live near Jim and Patty in Bellevue.

According to Sellmeyer, the photograph honoring the couple at Maggiano’s in Bellevue will continue to hang indefinitely as a tribute to their impressive commitment to each other and the city. Sellmeyer sees it as somewhat of an example to other guests of the restaurant and says ”I am a bit envious of them. I have not been that lucky. They are truly a wonderful couple.” 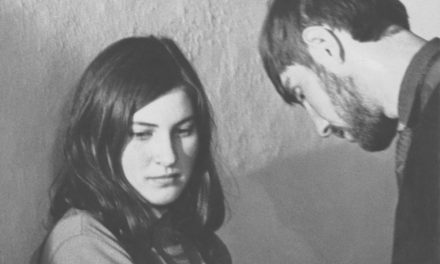 Just Not That Into You? Don’t Waste Your Time

Tig Notaro Performed Topless a Week Before Her Seattle Show