For over a decade, Eric Elbogen has been creating an indie rock world unto himself as Say Hi. Under the one-man band moniker, he’s crafted eight albums that capture an isolationist spirit without ever feeling small. Say Hi’s new album, Endless Wonder[1], finds him making his most minimal creations to date, with analog instrumentation taking a back seat as Elbogen’s electronic creations steer the sound.

The cores of Endless Wonder’s songs are the bass notes that manage simultaneously to keep things restrained with mildly reverbed tones while trying to push sneakily lively grooves. Electronic drumbeats randomly rattle in and out of the mix and moments of brightness and doses of color—spurts of kiddie keyboard sounds on “Such a Drag” to the synth swells and distant hymnal backing chorus vocals on “Critters”—are measured and rationed out sparingly for maximum effect. There’s a darkness to Endless Wonder that lacks any sinister feel; it’s a comforting dark that covers the music like a heavy blanket blocking out the harsh sunlight. The record hums along at a low frequency—sometimes almost plodding in pace (“Sweat Like the Dew”)—without peaks and valleys, which forces listeners to settle in to the collection of songs as a whole. It’s an album the remains remarkably reserved while attempting to get people to sway their hips.

In the terms of Say Hi’s own catalog, Endless Wonder seems most reminiscent of 2006’s Impeccable Blahs (back when Elbogen still went by Say Hi to Your Mom), but just a touch funkier and featuring more straightforward lyrics (which isn’t particularly surprising considering Impeccable Blahs thematically focuses on vampires). The new album also tones down the humor found on previous records. There’s still a grin or two to be mined from the deadpan delivery of a song (very literally) about shaking your bottom (“Like Apple Like Pears”), but more often songs like “Figure It Out” find Elbogen focused on trying to sort out relationships (“And you’re tellin’ your mom that I’m your man, but you’re tellin’ your dad that I’m your friend…”). It’s more mature writing, and, when combined with the minor key arrangements, taps into a blues-like emotional palate.

Endless Wonder’s most telling line is the hushed refrain on the record’s finale “The Trouble with Youth”: “Won’t you let me grow old soon?” Endless Wonder is an electronic-based rock album for adults. And as with life, it takes a messy process to ultimately get all grown up.

Also check out: My Goodness – Shiver + Shake[2] (Heavy and raw blues rock that could beat up the Black Keys’ blues rock.)

Your source for the city’s best arts and entertainment bets. See an example![3]

Another character bites it on ‘True Blood’

What Do You Want for Christmas? 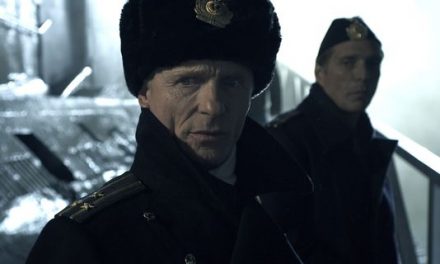