KNOXVILLE, Tenn. (AP) — Coryn Rivera had won national championships by the dozen, at every level of her sport, yet the top step of USA Cycling’s road racing ladder had always eluded her by the slimmest of margins.

Yet she arrived in Tennessee this week as perhaps the biggest favorite, her form on point after a stellar spring season. And she used that form to catapult herself forward from a reduced bunch, overcoming three-time champion Megan Guarnier for one of the sweetest victories of her career.

“All championship events are about attrition, and they are hard,” said the 25-year-old Rivera, who has more than 70 national titles on her resume. “I got second so many years in a row now. We just had some awesome teamwork today, stayed patient and knew what we needed to do to win this.”

In the men’s race, Jonny Brown rode away from his breakaway companions before finishing solo in his adopted home town. Robin Carpenter was second and Jacob Rather finished third.

The road cycling national championships are ostensibly every rider for themselves, but those riders who have professional teammates have an advantage. Guarnier could work with Skylar Schneider, her teammate on Boels Dolmans, and third-place Emma White had her strong Rally Cycling squad behind her.

Rivera leaned on Team Sunweb’s Ruth Winder, who sacrificed her own aspirations for her teammate. It was Winder that answered every attack by their closest rivals in the final six miles, using whatever energy reserves she had after nine laps of the eight-mile course ending in downtown Knoxville.

“Ruth did a great job. She rode fantastically, was always in control and made sure Coryn didn’t have to do anything,” Team Sunweb coach Hans Timmermas said. “It was a brilliant job with two girls in the race. We worked perfectly as a team together and we really have to compliment Ruth.”

The final bunch of about a dozen riders pulled back the last remnants of the breakaway with about two miles left, setting up the sprint finish. Guarnier was the first to go, using a short incline before the final corner to launch her sprint, before Rivera came rushing by on the outside.

Guarnier and White rounded out the podium while Winder had enough left to secure 10th place.

The victory for Rivera came on the heels of her triumph at the prestigious Ovo Energy Women’s Tour in Britain, where she also won Stage 2 and the points classification. Rivera also won two stages and a points jersey at the German race Thuringen Rundfahrt der Frauen earlier this year.

“I had a teammate here which made the biggest difference,” Rivera said. “At the end of the day this is a team sport and I couldn’t have done this on my own. I’m absolutely ecstatic. It’s been a long time coming and I’m really happy to take the win now. After all of the hard work that me and Ruth put in through the race it’s great that I could finish it off.”

The men’s race covered 15 laps of the same course on a sweltering, humid afternoon, and the attrition was evident by the dozens of riders that failed to reach the finish.

The 21-year-old Brown made the decisive break with Carpenter, Rathe and Gavin Manion midway through the race, and the quartet worked well together to build a gap. Then with about six laps left, Brown made a surprising move to put 40 seconds on his companions, a margin he held until the end.

He was greeted at the finish line by his older brother, Nathan Brown, who had abandoned the race.

“We’ve been working for this for a long, long time and it feels amazing,” said the younger Brown, who grew up in Memphis and moved to Knoxville about a month ago. “It was giving me goose bumps every time I made a lap, to hear my name. Then going into the last lap I said, ‘I can do this.'”

He became the youngest ever pro champion and arguably one of the most surprising, his move forcing the more experienced Carpenter to ride away from Rathe and Manion for silver.

“It’s definitely a disappointment, considering how the race went,” Carpenter said. “I rode the last half-lap as fast as I could, but didn’t have enough to catch him in the end.”

Big Beef Is Back at Seven Beef and Bateau 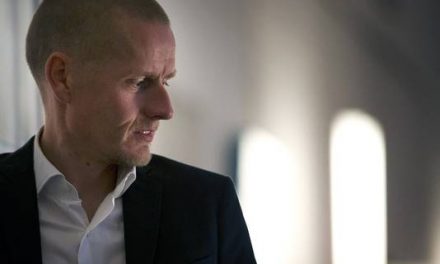