One teammate, Brad Huff, won two years ago. Another, Eric Young, is a former two-time champ.

So when the pace picked up in the final laps of the 1.1-mile circuit in downtown Knoxville on Friday night, it made sense that Magner looked to his teammates to keep him out of trouble. And after navigating a sketchy final five laps, the Rally Cycling rider had enough to win the event for himself.

Magner held off Young in a sprint to the finish to make it a 1-2 finish for their team, while Samuel Bassetti of Elevate-KHS Pro Cycling finished fast to take third.

“It was just swarming all day. You could come from the back of the field to the front of the field with super wide streets,” said Magner, who finished second to Eric Marcotte in 2015. “You have to plan to win the race, but if you mess up or have a bad day, the guys will have your back.”

In the women’s race, former collegiate runner Leigh Ann Ganzar pulled off a massive upset when she joined Kelly Catlin and Jennifer Luebke in a breakaway on the penultimate lap. Ganzar then held off Catlin in a side-by-side sprint to win the biggest race of her young career.

“It’s really unbelievable,” said Ganzar, who rides for a grassroots team called Wolfpack presented by Hyperthreads. “We all started together as Category 4s and have worked our way up together. To be able to race at this level would not be possible without them, without our sponsors.”

USA Cycling decided to move the criterium championships to the same venue and time as time trial and road race nationals this year, creating a packed weekend of racing. The time trial on Thursday got things going, and the road race beginning and ending in downtown Knoxville concludes the weekend Sunday.

The criteriums under the Friday night lights lived up to their unpredictable billing.

Travis McCabe of the UnitedHealthcare team was back to defend his title in the men’s race, but there were few major moves until late in the race. Rally Cycling with its triumvirate of Magner, Young and Huff were tasked with setting the pace, and they kept the tempo hot most of the night.

At one point, Magner latched onto the back of his former teammates from Holowesko-Citadel, before he ultimately found his way to the front of the pack heading into the final lap.

“Those last five laps were pretty hairy,” he said. “That was probably one of the sketchiest group sprints I’ve done in a long time. The roads are super wide and it was super-fast all the way into that last lap. We had to burn a few matches to stay out of trouble, but I ended up being on the Holowesko train and it was the perfect spot to be.”

Magner has been close to the podium before, though. Ganzar came out of nowhere to claim her win.

With reigning champion Erica Allar sidelined by injuries, the big favorites were Coryn Rivera, Skylar Schneider and Emma White. But all three missed the decisive move on the penultimate lap, forcing them into a sprint for fourth place with White earning that spot.

Up ahead, the 29-year-old Ganzar was celebrating a victory over Catlin by less than a wheel length.

“All the other women here are just so strong, and great racers,” she said. “We decided we would put it all on the line. There was no pressure on us. And so, when the time struck, I made a move and it was kind of a shock we held on. I couldn’t believe when we turned that last corner there was no one between us and the line. So it was just, put your head down and try to hold on.” 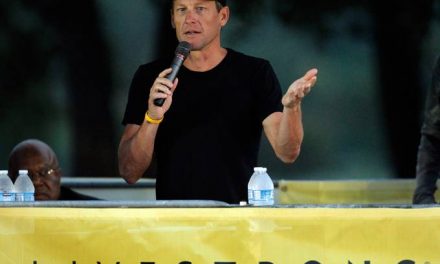 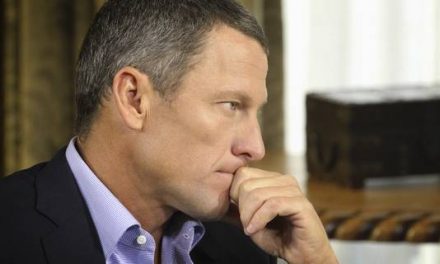