At Boat Street Cafe, the Walrus and the Carpenter, and the Whale Wins, Renee Erickson has showcased two distinct gifts: sourcing and presenting perfect seafood, and spinning a magical sense of place. Both are in full bloom at Barnacle, her skinny 20-seater with the copper counter, the Euro bar, and the chalkboard menu—heavy on the fishies. Don’t go expecting dinner—the place was conceived as the antipasti anteroom to Ballard’s ever-packed Walrus—but the genius of the joint is in the care it takes with mere tipples and nibbles: Items like octopus terrine in rich Ligurian olive oil with lemon, or Italian bread with escabeche mussels and cilantro sauce. Seven or eight of these “snacks” happen nightly, for pairing with the cocktails, amari, proseccos, and other Italian drinkables. As for that patented Erickson atmo? The room is wrapped entirely in white and indigo Moroccan tiles. Uh huh.

Josh Henderson of Seattle’s Skillet fame set out to colonize Woodinville, which he has done with a roadhouse situated smack in its adult-beverage epicenter—just a cork’s-pop from Chateau Ste. Michelle Winery, the Redhook Brewery compound, the luxury Herbfarm/Willows Inn/Barking Frog trifecta, and the boutique distillery Woodinville Whiskey. Though early menus and decor lack focus—ditch the minors so as to dine in the cozier tavern side—Hollywood Tavern is at its best filling a more down-market niche, with upscale Americana pub grub (a Dick’s-like burger with housemade American cheese, truly killer salads) and plenty of cocktails from the still next door.

The epicenter of downtown from the moment it opened—Loulay is one of the most cosmopolitan lunch and dinner stops in Seattle, its packed bar and plummy fixtures and soaring sightlines making it feel like a great party in a gloriously unaffordable home. The huge room has plenty of seating options, romantic (the corner table in the bar should have a room number) to solo to life-of-the-party, from which to sample seasoned chef Thierry Rautureau’s (and his staff from the former Rover’s) classic food. Look for careful execution on short, well-chosen menus of both French classics (terrific fish dishes, seared foie gras) and accessible everyman food, like the killer 12-buck rib-eye burger, at prices below what you might expect amid this much style. Great service.

Just a wide spot between walls in Wallingford’s Tangletown commercial district, Mkt. delivers dinners straight out of the Ethan Stowell playbook—meaty grilled rabbit and fried quail with rosemary, vegetal potato-squash gnocchi with crisped shallots and thyme—in an intimate space that glows golden from the sidewalk. In this crowded room, comfort and ease take second place to din and vitality, and the kitchen’s not always spot on with its conceptions. But cocktails are unassailable.

Humble Pie: A Slice of Utopia 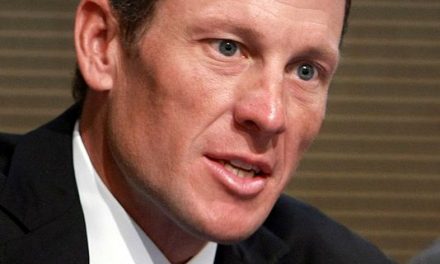