Academic and construction work slowed at the University of Washington Tuesday as the union representing thousands of student employees led a one-day strike to call for better pay and healthcare.

The student employees’ union, UAW 4121, has been negotiating for months with the university administration, demanding pay increases and improved health care, child care, and sexual harassment training. As negotiations stalled in April, union members voted to grant their bargaining committee the authority to call a strike. Members of the bargaining team say they hope the one-day action will pressure the university to meet their demands, but they’re prepared to call a longer strike if necessary.

In a statement posted Monday, university administrators said their latest offer “addresses each outstanding issue” the union has demanded, including healthcare.

According to representatives of various unions who spoke on campus Tuesday, thousands of students were on strike and some unionized maintenance workers, delivery drivers, and construction workers refused to cross the picket lines, disrupting other work on campus.

In the midst of walking picket lines at entrances to campus, hundreds of student workers gathered in Red Square for a rally. UW has three campuses in Seattle, Tacoma, and Bothell. The union and university are in ongoing negotiations.

Salaries are a key issue for the student employees, many of whom are graduate students who work as researchers, teaching assistants, and graders.

Mandy McCourt, a member of the bargaining committee, told the crowd in Red Square the union is fighting UW’s “shortsighted misalignment of priorities, which they are trying to balance on the backs of some of the lowest paid employees at UW.”

In an increasingly expensive city, employees on the picket line told stories of spending high portions of their income on rent. Striking workers held signs that said, “80% of [student employees] are rent burdened,” “Can’t teach if I can’t eat,” and “I don’t buy UW’s bullshit! I don’t have enough money to!”

“If you’re seeking an advanced degree, poverty shouldn’t be a prerequisite of that,” said Elizabeth, a biology graduate student who declined to give her last name. Elizabeth questioned high salaries among administrators at the university. “I take home about $21,000 a year and they need my money?”

In negotiations, the UW administration has offered pay raises, but the union is also calling for a freeze on new fees or fee increases. The university has argued that because the employees are also students, they should be subject to student fees. At the picket line, students chanted “No fees to work.” At the rally, Seattle City Council member Kshama Sawant called the fees a “particular outrage.”

“That is nothing but a pay cut,” Sawant said.

The strike and ongoing negotiations are not just about pay. UAW 4121 is calling on the university to improve student employees’ insurance to better cover mental health care and trans health care. The union has also asked the university to increase the $45,000 it spends per year on childcare for graduate students with children.

In interviews, student employees described seeking therapy because of their working conditions and then having trouble getting an appointment at the student health center. (According to a UW spokesperson, student employees’ health care coverage includes 1,500 in-network providers. The union says the deductibles and copays to visit those off campus providers make long-term mental health coverage “financially untenable for many” student employees.)

“I wanted to go to therapy for the anxiety associated with my degree,” said Natalie Lowell, a fisheries graduate student in her third year. The health center told her it would be at least a two-month wait. “For so many people having a crisis, that’s not OK.”

On trans healthcare, the university has said it will cover “medically necessary” procedures, but students dispute the administration’s definitions of what procedures are necessary.

“Their definition of medically necessary is regressive and compromising,” said Kendall Stewart, a second year PhD student in computer science. “It’s a cop out.”

The issue remains unresolved between the two sides. During the rally, a member of the bargaining committee announced to cheers from the crowd that the administration had offered some changes and said, “Trans inclusive healthcare—we have it now!” Later, another speaker, Oliver Keyes, said the deal was insufficient because it will not cover all necessary procedures and because it positions trans care as a bargaining chip the university can use to refuse other demands, like childcare.

“To the University of Washington in general and the administration in particular, I have a very simple message: Fuck you and fuck your offer,” Keyes said. “We have fought too hard for too long to give up with our work incomplete. Give us what we need to live.”

The UW strike comes on the heels of a wave of educator walkouts and protests across the country. It also comes just a few days after post doctoral students at UW voted to unionize. They’re only the sixth group of postdocs to form a union in the United States and will comprise a separate bargaining unit of the same union as the graduate students.

Brian Weitzner, a biochemistry postdoc involved in the unionization effort, was on the picket line with graduate students Tuesday. Weitzner said the two groups have similar demands, including pay and more inclusive healthcare coverage.“We see ourselves as fighting for the university against an administration that wants to take it in a direction we think is wrong,” Weitzner said.

At Red Square, Nicole Grant, executive secretary treasurer of the M. L. King County Labor Council, told the student employees on strike, “You are the future of the labor movement in this country.”

Up To Speed: Wal-Mart accused of skirting elections law (Video) 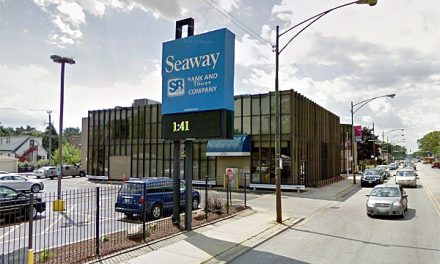